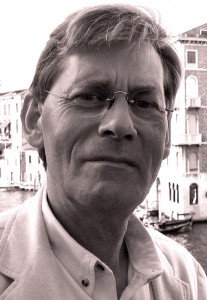 … and this is an occupation known as painting, which calls for imagination, and skill of hand, in order to discover things not seen, hiding themselves under the shadow of natural objects, and to fix them with the hand, presenting to plain sight what does not actually exist.

Niels Strøbek, b. 1944 is a Danish painter and printmaker, trained under Egill Jacobsen from 1962-1967, at the Royal Danish Academy of Fine Arts. Strøbek’s paintings are characterised by realism, though his aim is not strictly limited to naturalistic forms of representation. In his paintings Strøbek makes the visible aspects of reality palpable, in order to reach the tactile and invisible aspects of it. Through this, he creates a sense of order on the surface of chaos, establishing a position from which he allows his audience to encounter a duality between specific contemporary moments and the timelessness of the universal. In Strøbek’s works, there is a strong connection to art history; Italian Renaissance, Spanish Baroque, Danish Golden Age, and Modernism all constitute some of the requisites. His subjects include still life, landscape and human form. The still life shows Strøbek’s interest in abstract play with forms, and his creation of tension and sensibility through the use of primary colors; red, yellow and blue. One example is Yellow Box (Gul æske.1980, Randers Art Museum). In the landscape paintings: Amager Fælled (Amager Fælled. Storstrøms Art Museum) and Oak Trees (Egetræer. 1985, Ny Carlsberg Glyptotek) he depicts sections of reality as a catalyst for thought – a city seen from a distance, old trees, industrial buildings or a barn. The human form in Strøbek’s works emerges through commissioned portraits, allegorical depictions and in paintings of sitters. Over time, the portraits of renowned public figures have given way to portraits of anonymous women. Strøbek has always been drawn towards exploring the feminine, or the mysterious aspects of women. This manifests for example in Double Portrait (Dobbeltportræt. 1981, Aarhus Art Museum) and also in the series Ten. The five Wise and the five Foolish Virgins. (Ti. De fem kloge og de fem uforstandige jomfruer. 1992-93, Ny Carlsberg Glyptotek). In a monumental decorative work, for the Courthouse in Nytorv, Copenhagen (1985), he incorporated elements from all his subjects, to create a complex allegory of the modern constitutional state.